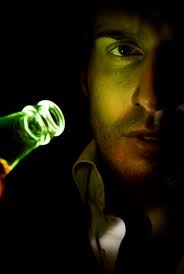 Addiction psychiatrists and psychologists are often asked about successful recovery rates for addicts and alcoholics in their clinics and practice. Until recently, there have been few data to support most therapists’ claims. Before now, we relied on older research that suggested, when all studies and research were considered together, that roughly ten to 30 percent of individuals in treatment for drug and alcohol use at any time will actually be clean and sober one year from the time they are initially assessed. Looking at it from this perspective has been particularly bleak. However, when considered from a longer term perspective, recovery rates for both hard drug addiction and alcoholism fare much better.

Furthermore, in the past ten years there have been advances in the quality and quantity of longitudinal (long-term) research which supports claims that most individuals grappling with drug addiction or alcoholism eventually recover. Some even recover on their own without drastic intervention. These studies span from three to six decades of tracking the same subjects in terms of their drug or alcohol use and the consequences, mortality, and the test of abstinence and sobriety in their lives.

A Long-Term Look at Addiction and Recovery

One such study in the March 1996 American Medical Association Archives of General Psychiatry concluded that alcoholics who had achieved five years of sobriety were much less likely to relapse than those with less sobriety time. Not exactly rocket science but finally there was solid research to back up common intuition about alcohol abuse and alcoholism recovery. George Vaillant MD published this famous study in 1996 and it received much attention and acclaim especially because of the magnitude of the work. They followed 724 men over a 50 year period to achieve their results. Relapse occurred 40 percent of the time after two years of sobriety but was rarely reported after five years of abstinence.

Another major result worth noting is that in their study cohort there were two samples, one was of college students and the other of more disadvantaged subjects. Disadvantaged alcohol abusers were more likely to be sober over the long term which flies in the face of expectation. It is believe that this is actually because their situation demands it. When you are disadvantaged and struggling socially and economically there just isn’t much room for alcoholism. Whereas the college educated and more socio-economically privileged subjects in the study sample were able to have their drinking excused. This doesn’t bode well for the “functioning alcoholic” and suggests that sometimes a good career, family, and economic resources and support are actually a disadvantage and present risk factors which can enable alcoholic drinking for some time. Go figure, but then again, this also has face validity (i.e., it just makes intuitive sense.)

What the Results Revealed

In a follow-up study to Vaillant’s 50 year study, the same subjects were assessed ten years later. Vaillant reported that their results were similar to the results found in eight other similar studies. No major surprises. The death rate for alcoholics was 2-3 times the death rate of a non-alcoholic population. In general, they found  the main factors critical for recovery were finding a substitute for alcohol use, close supervision, new relationships, and involvement in some sort of spiritual programs. Since Alcoholics Anonymous comprises all these, AA involvement was the best predictor of abstinence. There was again the same finding of one major paradox. Socially disadvantaged men and men with early onset of alcoholism with strong family  histories of alcoholism were more likely than other men to be sober.  These men did better than men who were highly educated and had higher socio-economic privilege. In summary, the most severe and least severe alcoholics were most likely to have the best long term chance of remission.

Heroin and Opioid Addiction and Recovery

Now turning our attention to heroin and opiate/opioid addiction. In a 33 year follow-up of narcotics addicts from the Archives of General Psychiatry in May 2001, it was reported that it took a full five years of abstinence before heroin users would have a considerably reduced risk of relapse and that still a quarter relapsed after 15 years of abstinence. Compared to Vaillant’s research with alcoholism, this suggests that heroin is an altogether more challenging disease.

Another recent study is a little more promising. In 2005 in the British Journal of Psychiatry, heroin dependence was assessed over 33 years and these researchers found very simply that the percentages of addicts achieving and maintaining long term abstinence increased over time and the percentage of those addicted declined over time suggesting that the majority of addicts who are compliant with some recovery plan will eventually become clean and sober or get treatment.

These major long term research studies into recovery rates for alcohol and opioid/opiate addiction shed a more optimistic light on recovery from addiction. It used to be that while in inpatient treatment for drug and alcohol abuse therapists and counselors would tell patients to look around the room at the people in their group. They would say for example that in this group of ten people only three of you are likely to be clean and sober one year from now. These recovery rates are actually fairly accurate but maybe what we should be telling clients is something more hopeful. It appears that if we look at lifetime recovery rates there is a good chance that most of you in the room will eventually recover. It’s interesting to compare compliance to treatment and recovery among the disease of addiction and alcoholism to other diseases and their respective compliance to treatment and recovery regimens for diseases like diabetes, hypertension, and asthma.

In fact, researches have suggested that with these latter diseases the recovery rates are even more bleak. That with diabetes even fewer people will take their medicine, exercise, eat healthily, and avoid “people, places, and things,” like chocolate cake. For diseases like diabetes, hypertension, and asthma, recovery rates and compliance is more likely to be something like eight to 25 percent. Yet addicts and alcoholics have a slightly better compliance and recovery rate approximating between 10 to 30 percent. The reason for this may be what Vaillant and other researchers found in these landmark studies. When addicts and alcoholics go to Alcoholics Anonymous they meet supportive people who remind them to be healthy, “take their medicine,” go to meetings, avoid people/places/things, work the steps, and call their sponsor. Someone struggling with diabetes or asthma may not be so lucky. To be sure, alcoholism and heroin addiction are deadly diseases but many people can recover and do recover with sustained hard work and social support. In Alcoholics Anonymous, it is said that alcoholism ends in jails, institutions, or death. We should now actually be more hopeful. It is more likely that alcoholism and addiction will end in recovery.